201 Maple Street was built in 1844 for Homer Foot, a successful hardware merchant, and then extensively remodeled and enlarged in 1901 for Andrew Wallace, co-founder of Forbes & Wallace, one of Springfield’s premier department stores. The original house was a Gothic Revival cottage designed by Simon Sanborn, Springfield’s master builder of the first half of the 19th century. Mr. Wallace had Springfield architect E. J. Parlett alters the house at a cost of $30,000 and build a $10,000 stable. 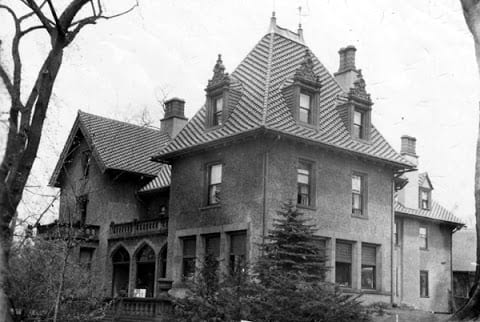 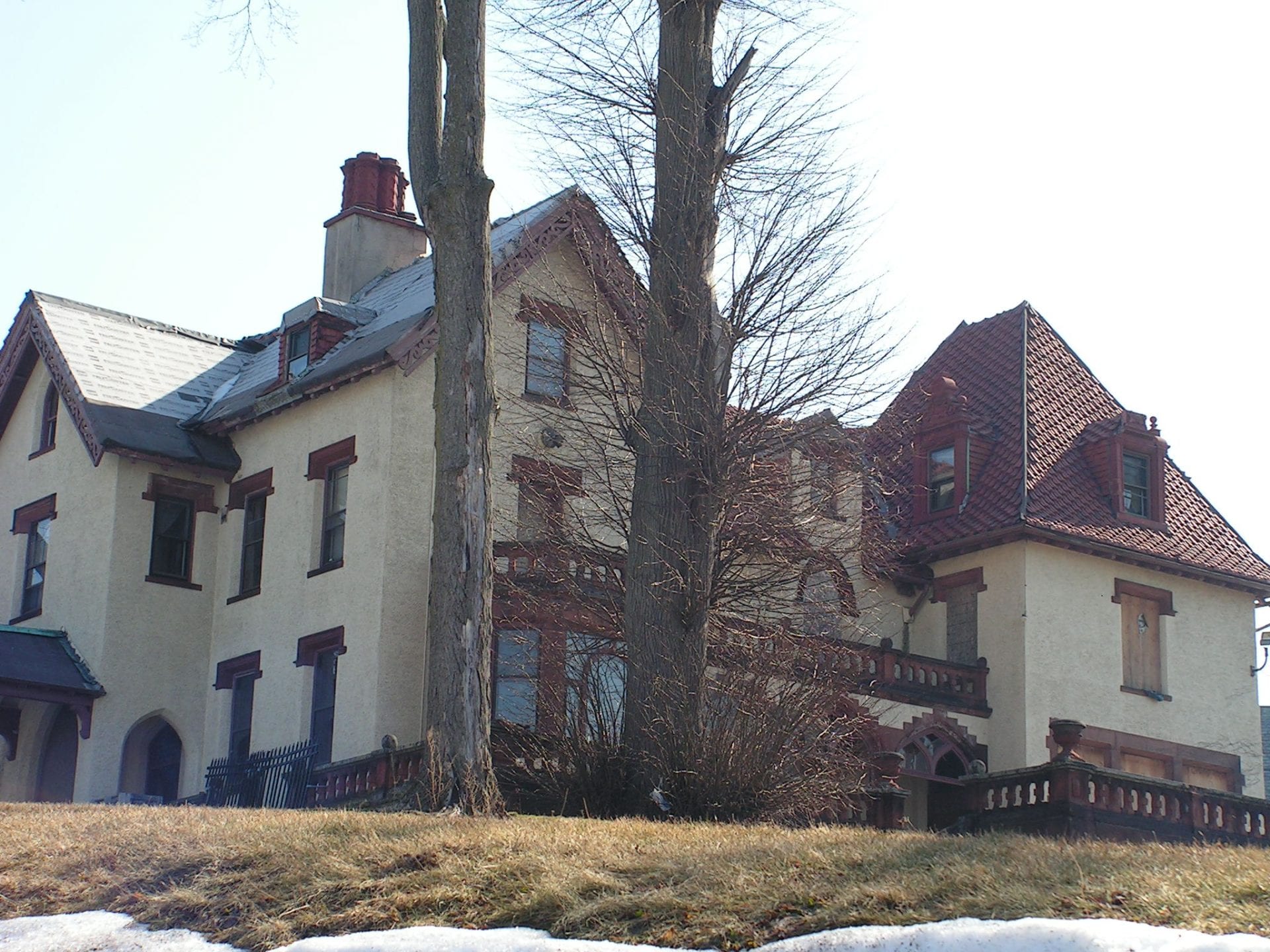 The building was severely damaged in the 2011 tornado that also damaged dozens of historic buildings in this area. Unlike much of the area, however, this building has not been repaired and put back to use.

The current owner of the properties, a foreign investor, is running a school on the former MacDuffie premises and considers it his “pet” project, committed to seeing it succeed. City officials are expected to meet with the owner’s representative in Spring 2020 to discuss redevelopment plans and possible financial assistance from the City’s Disaster Recovery Program (FEMA tornado funds) for the renovation of the buildings.